In Brief – The White House's Office of Information and Regulatory Affairs is reviewing a major rule proposal from the Department of Labor (DoL) on the contentious issue of classifying workers as independent contractors or employees, which has been at the center of Gig work political battles for years. While platforms like Uber, Lyft, Instacart, and Amazon are often highlighted, traditional industries including contracting, trucking, and health care, as well a new generation of skilled digital freelancers, may be impacted. The Obama Administration’s DoL interpreted federal labor law on the issue in a more restrictive manner. The Trump DoL rejected those interpretations and enacted rules that supported more classification flexibility. The Biden DoL cancelled the Trump rules, but a federal judge blocked that effort in March for violating the Administrative Procedures Act. Business groups are expecting the new rules to align with labor advocates who support tightening worker classification standards.

Context – The Biden Administration’s stance on Gig work is support for reclassifying most platform workers as employees. This runs contrary to the evidence that most participants prefer the independent model, especially for side work and second jobs that account for most such work. The politics shifted in November 2020 away from restrictive laws when voters in deep-blue California passed Prop. 22 to exempt ridesharing and delivery from the state’s new strict classification law. Urban freelancers have also stepped up defending independent work from restrictive legislation in other Democrat-led states. Big labor legislation and Gig work compromise bills are bogged down in Congress. Like on many digital issues, Europe is moving in a direction US progressives support but implementing similar policies in the US through regulation will likely mean federal lawsuits and pushback if Republicans take control of Congress. On the compromise front, the State of Washington and Seattle are breaking ground on ridesharing and delivery regulation that foregoes reclassification.

In Brief – Google’s top business executive in Europe has publicly criticized ongoing efforts of European telecommunications companies to convince the European Commission to require digital platforms to pay some new type of supplement fee to the network companies to ostensibly help pay for ongoing network upgrades. Reinforcing a stance laid out by more than 50 members of the European Parliament earlier this year, the Google executive argued that moving to a “sender-pays” model for Internet traffic would undermine Europe’s Open Internet “Net Neutrality” principles as well as raise the prices that European consumers pay for a range of online services, amounting to cost shifting at best.

Context – Like the big media companies lobbying national governments to force Google and Facebook to pay them when consumers access their media content on the giant digital platforms, telecom companies have been accusing Internet platforms of “free-riding” for decades. The telecom giants are now hoping to finally reap some financial wins from their lobbying like the media companies are enjoying. The most inspiring national Internet bandwidth payments policy from the perspective of the network companies comes from South Korea. There, the telecom companies have been uniquely successful in imposing mandatory data usage fees on Internet-based businesses to subsidize the data usage of consumers. This despite clear net neutrality concerns. For example, Facebook and Netflix have been engaged in long-running legal and regulatory battles on the issue, including Netflix being asked to pay added fees to South Korea’s dominant network company because its Korean-produced Squid Game was so popular with Korean viewers. Top European Commission tech policy leaders Margrethe Vestager and Thierry Breton have both indicated that the Commission is likely to open a consultation on the topic in 2023 which might result in a new regulated bandwidth payments regime, although consumer advocates seem solidly opposed.

Report from The Hill

In Brief – Public infighting between top Republicans on the House Judiciary Committee before House floor votes on a pair of relatively minor antitrust policy bills points to increasing partisan division that may be dooming the prospects for major antirust legislation targeting the digital giants. When the House Judiciary Committee passed four landmark bills to restrain alleged abuses by Amazon, Apple, Facebook, Google, and Microsoft in June of 2021, they also passed two less controversial bills. One increases filing fees for large mergers, while the second allows state attorneys general to select their federal court venue when bringing antitrust legal challenges, rather than having them consolidated in one federal circuit court. While the four Big Tech antitrust bills in the House, and two major bills in the Senate, remain stymied short of floor action, the two lesser bills have been scheduled for House floor votes. Top Republicans on the Senate Judiciary Committee have called on House Republicans to back the bills, which have already passed the full Senate, but the top Republican on the House Judiciary Committee, who along with the Republican Leadership has rejected the thrust of the major antitrust bills, has aggressively criticized the narrow bills, in particular the bill raising merger fees, claiming it would further empower the FTC.

Context – The fact that the two less-controversial bills are being “cut loose” and moved to the House floor is not a good sign for the major Big Tech antitrust bills. The partisan division on antitrust is wide and getting wider. When tech critic Lina Khan was confirmed as an FTC Commissioner there was real bipartisan support. Now, even the Senate Republicans’ message supporting the narrow bills, which include increased agency merger fees, referred to “President Biden's out-of-control FTC." Khan was heavily criticized by Republicans in a recent Senate hearing, and Republican Commissioner Christine Wilson has accused the FTC leaders of Marxist thinking. Agency rulemaking on contentious issues including privacy, Gig work, and antitrust, absent changes in federal law, promises to exacerbate frictions. Watch out if Republicans take the Congress.

In Brief – The European Commission has released a pair of legislative proposals intended to update liability law to address changes it claims are created by artificial intelligence (AI). The new AI Liability Directive lightens the burden of proof on victims by introducing a "presumption of causality", which means victims only need to show that a manufacturer, developer, or users of an AI system failed to comply with AI regulatory requirements, but once the failure is established, it will be presumed that it led to the harms that occurred and the defendant will need to prove otherwise. Second, under a "right of access to evidence", victims can ask a court to order companies to provide information about the inner workings of high-risk AI systems so that they can find out what went wrong and identify the liable person. The Commission also proposes updating the Product Liability Directive to better deal with smart devices and AI-enabled services. The changes include allowing users to sue when software updates render their smart-home products unsafe or when manufacturers fail to fix cybersecurity gaps. While the Commission’s proposed legal framework for AI goods and services is primarily focused of the developers of “high-risk” AI, the new liability proposals apply broadly manufacturers, developers, or users of AI technology. The liability proposals are expected to be considered by the European Parliament and the Council of Member States in 2023.

Context – The two liability provisions are part of a comprehensive EU approach to AI regulation. The Czech Republic, serving as President of the European Council, is working to finalize the AI Act setting the legal and regulatory framework for AI, which is focused on “high risk” systems. The Commission claims that the AI Act will reduce but not eliminate all AI risks, and the liability changes will make compensation for victims more realistic and effective. The legislative progress of the AI Act, released in April 2021, has been slower than expected, with Member States concerned about the broad scope of the mandates. 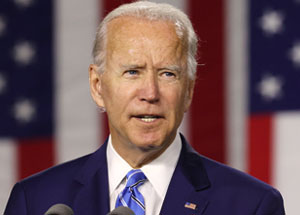 Impact of Biden Presidency – How Did We Do? 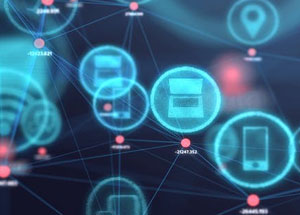 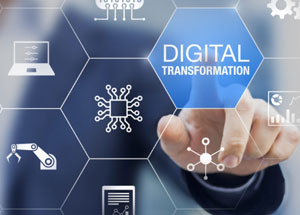 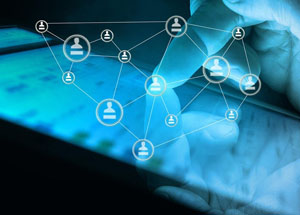 Executive Editor Brian Bieron and Senior Advisor Tod Cohen are recognized Internet, trade and platform policy leaders who have served as top global public policy experts to some of the Internet industry's leading platform businesses. They are now providing insights, analysis and reporting to wider audiences through a public policy platform that challenges the reach of all but the largest Internet industry public affairs teams.